Death itself is already a major taboo in the Western world. The same can be said about grief, particulalry when it is not seen as such – the so-called symbolic and/or ambiguous losses. With this reality in mind, Gabriela Casellato has gathered fundamental texts to better understand the subject. Divided into four parts – “GRIEF IN EARLY-LIFE LOSSES “, “GRIEF IN LOSSES BY NON-NORMATIVE LIFEE-COUSE TRANSITIONS”, “Grief in Care Giving” and “Social Engagement: From Silence to Action” – this book also includes an afterword on the Covid-19 pandemic, which has swept the world and continues to devastate Brazil.
Topics covered include:
-Fraternal mourning, widowhood, and falling ill with cancer;
-Grief faced by those outside of heteronormativity;
-Mourning of women who fail to get pregnant;
-Subjective and objective losses of immigrants;
-Emotional difficulties of formal and informal caregivers and palliative care teams;
-Grief of patients who lose their therapist;
– Silenced grief of people in religious roles.

“This new book edited by Gabriela Casellato is a great contribution to the subject of disenfranchised grief. This volume features chapters by psychologists specialized in the subject, as well as texts written by people who have lived through these losses. Casellato not only expands the dimensions of symbolic/ambiguous loss, but also applies the concept to the specifics of Brazilian culture, integrating theory and intervention. Mandatory work for psychologists, educators and all those who deal with losses without the support and validation they need.”
KENNETH J. DOKA
PHD, author of Disenfranchised grief: new connections, challenges, and strategies for practice.

“In her book, Disenfranchised Grief in Contemporary Society, Gabriela Casellato assembles a capable cast of contributors who ask the hard questions and offer authoritative answers regarding the marginalized, stigmatized or simply invisible losses that abound in human life, and that call for greater communal and societal recognition and support. More than simply sounding a call to consciousness, it stretches the boundaries of our understanding of disqualified, disenfranchised loss, whether it arises in connection with the death of a person, place, project or possibility that had once been life-defining. I recommend it to every professional seeking greater clarity, competence and compassion regarding the silent suffering of many of those they serve, and to every one of us who carry the private weight of our own hidden losses.”
ROBERT A. NEIMEYER, PhD, editor of New Techniques of Grief Therapy: Bereavement and Beyond, and Director, Portland Institute for Loss and Transition 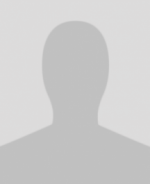